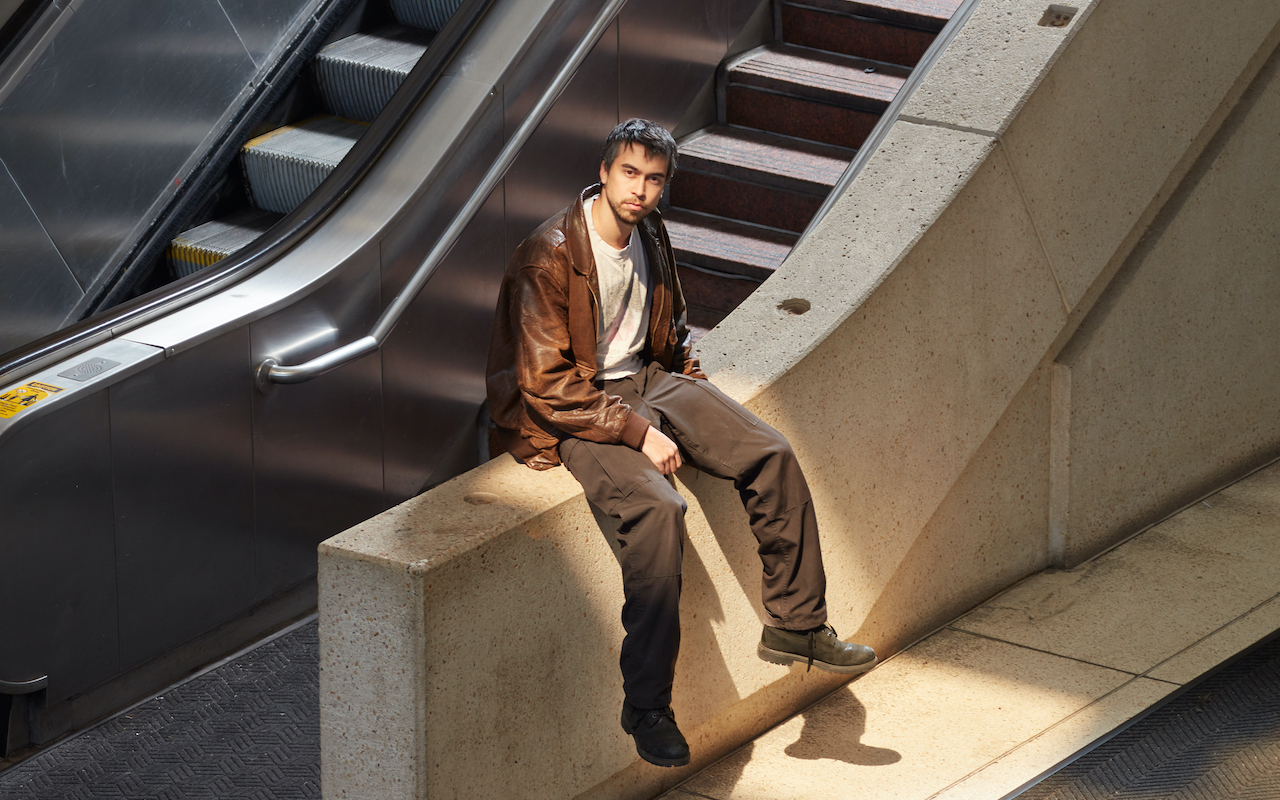 God Save the Animals opens with a sort of credo: “After all,” sings Alex Giannascoli, the 29year-old, Philadelphia-based musician best known as Alex G. “People come and people go away / Yeah, but God with me he stayed.” The first two words (which also comprise the song’s title) suggest the inevitability of change and the artist’s passive, if conflicted, relationship to it. Similar sentiments have appeared across Giannascoli’s oeuvre, but here, on his fourth full-length for Domino and ninth overall, he seems drawn to a particular outlet for feelings of helplessness: “God” figures in the LP’s title, its first song, and multiple of its thirteen tracks thereafter, not as a concrete religious entity but as a sign for a generalized sense of faith (in something, anything) that fortifies Giannascoli, or the characters he voices, amid the songs’ often fraught situations.

The people in Giannascoli’s songs place faith elsewhere as well, namely in those around them. “You can believe in me,” sings the narrator of “Cross the Sea,” his voice pitched-down, husky. Characteristic in not just its lyrical stance but also its layered production, “Cross the Sea” was the first song Giannascoli wrote for God Save the Animals, starting it in late 2019, after the first tour for his prior album, House of Sugar. The track builds from a quiet pairing of acoustic guitar and autotuned vocals, and subtly introduces new elements — the narrator’s intonation, a complex drum beat, new voices weaving in and out — before dissolving into a haze of synthesizer and piano. Giannascoli credits his approach, in part, to the internalized influence of pop radio, the tendency of current hit songs to cloak the artist’s voice in a range of modifications and levels of fidelity.

He wonders, too, if radio-listening habits encouraged him to labor carefully over the sound of God Save the Animals, seeking straightforwardly high-end mixes. As with records since his adolescence, Giannascoli wrote and demoed these songs by himself, at home; but, for the sake of both new tones and “a routine that was outside of my apartment” during the pandemic, he began visiting multiple studios in greater Philadelphia. God Save the Animals consequently features the work of some half-dozen engineers whom Giannascoli asked to help him produce the “best” recording quality, whatever that meant. The result is an album more dynamic than ever in its sonic palette, its thoroughgoing complexity, where tracks like the eerie and unpredictable rock song “Ain’t It Easy” follow logically from “No Bitterness,” which itself transitions midway from a skittering but contemplative ballad to something like hyperpop.

Beyond the ambient inspiration of pop, Giannascoli has been drawn in recent years to musicians like Gillian Welch and writers like Joy Williams, artists who balance the public and hermetic, the oblique and the intimate, and who present faith more as a shared social language than religious doctrine. Giannascoli achieves such balance in both text and sound, deploying quotation and varied vocal textures that present the given scenarios as immediate and distant at the same time. The songs “feel confessional to me,” he says, but “they’re not necessarily all true. I convince myself of things.” Filtering his experiences through fact and fiction, and through narrators with varying degrees of reliability, Giannascoli also opened up the songs through a more practical method: collaboration. God Save the Animals features several individual contributions from his bandmates (guitarist Samuel Acchione, drummer Tom Kelly, and bassist John Heywood) or frequent collaborator Molly Germer on strings and/or vocals, whose presences loosen up songs like “Mission” and “Early Morning Waiting.”

“Blessing” showcases the full band playing together live, a tactic Giannascoli last employed on House of Sugar’s “SugarHouse.” “Blessing” picks up on the synthesized noise that concludes its predecessor, “Cross the Sea,” but soon gives way to a muscular drumbeat. What follows is a study in contrasts: The lyrics trade in flashes of hope (“Every day / Is a blessing”) and vague but tense images (“If I live / Like the fishes / I will rise / From the flood”); the music remains sedate but hints at heavy rock bombast; and, while the vocals mostly proceed in whispered call-andresponse, an occasional firm grunting noise cuts through the mix. The whispers — featured across God Save the Animals — were inspired by listening back to quiet, late-night voice memos, while the tone and composition, here, draw obliquely from rock staples of Giannascoli’s youth, such as Audioslave’s “Like a Stone.” An indirect but nostalgic invocation, the link suits

Giannascoli’s larger songwriting project. He has long mined both his own and a shared past, that is, even if he doesn’t quite know why he does it. “It’s almost like I’m replaying situations that felt impactful to me,” he offers, “and like I’m rewriting them a million different ways.”

One might say, then, that God Save the Animals presents its narrators as “Naked in my innocence / Tangled in my innocence,” to repurpose the opening lines “S.D.O.S.” They dwell on the past, revisiting its agonies and ecstasies, but also look to the future (“we should have a baby,” someone says in “Miracles”). They feel resignation and guilt (“Forgive”); they act impulsively and say things they might not mean or understand (“Immunity”). Structurally organic and sonically meticulous, the music here heightens the drama of their stories in some cases and their playfulness in others. The album cover, painted, as always, by Giannascoli’s sister, Rachel, likewise both estranges and entices in its depiction of a species of titular animal. To that end, someone asked Giannascoli if the breezy rock tune “Runner” was about a dog: “My runner, my man.” Maybe it is. Or, maybe it’s something else. It remains unclear who — or what — gets up to the “bad things” that the song invokes, or what constitutes “bad things” in general. It’s a common theme for Giannascoli, the bad and the good, the right and the wrong, but he and his characters seem provocatively, reasonably unsure sometimes of which is which. God save the animals, at least.