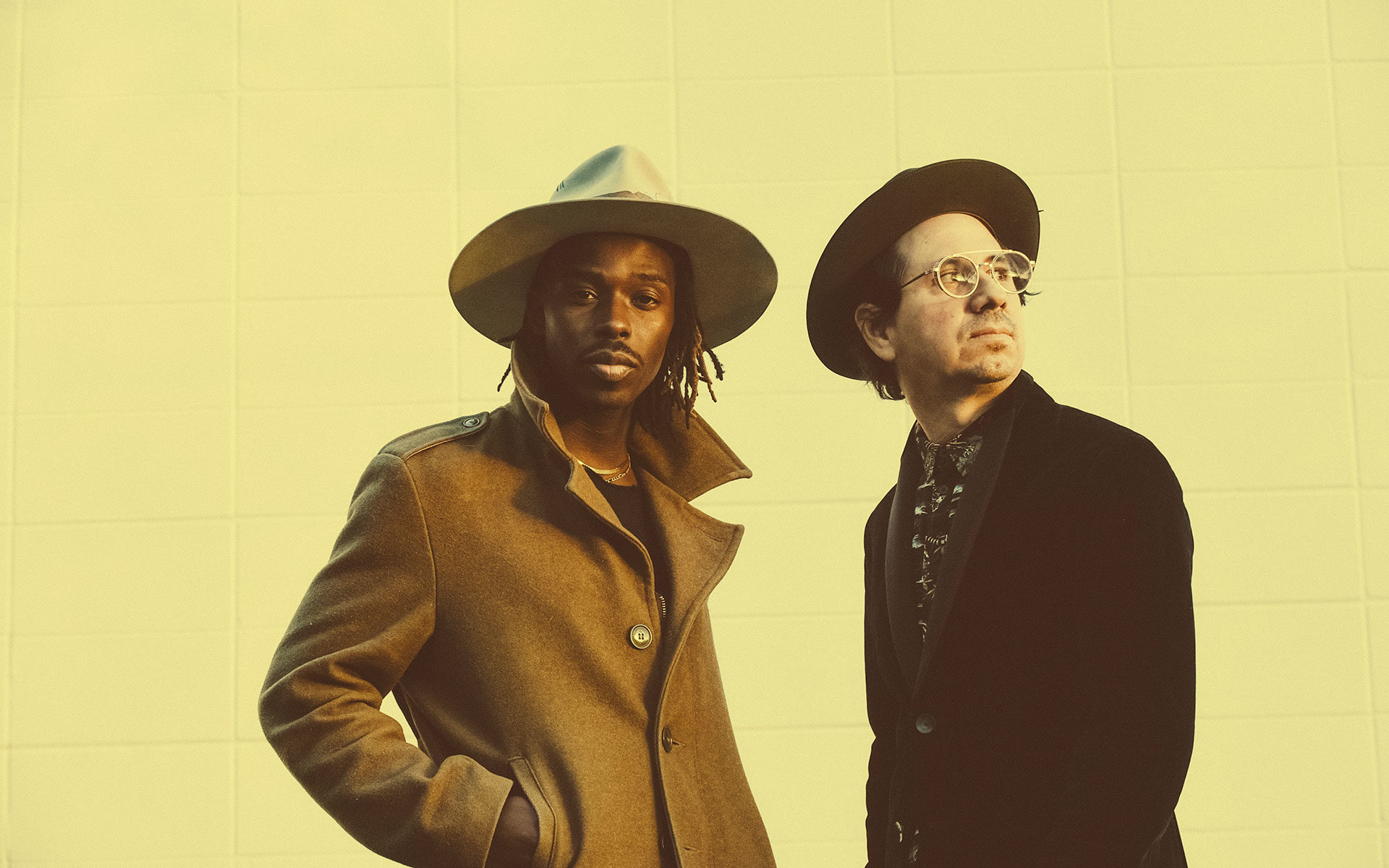 Sometimes, a life-changing connection can be closer than you think. In 2017, singer and songwriter Eric Burton made his way from California to Texas. Born in the San Fernando Valley, he grew up singing in church and then got heavily involved in musical theater. He started busking at the Santa Monica pier, where he brought in a few hundred dollars a day and developed his performance skills. Burton traveled through the Western states before deciding to settle down in Austin, TX — setting up his busking spot on a downtown street corner, at 6th Street and Congress, for maximum exposure.

Meantime, Grammy Award-winning guitarist and producer Adrian Quesada was looking to collaborate with someone new. He reached out to friends in Los Angeles, in London, but nothing seemed right. A mutual friend mentioned Burton to Quesada, saying that he was the best singer he had ever heard. The two musicians connected, but Burton took a while to respond (“My friends were like ‘Dude, you’re a mad man, you need to hit that guy back!'”) Finally, he called Quesada and sang to him over the phone. “I loved his energy, his vibe, and I knew it would be incredible on record,” Quesada says. “From the moment I heard him on the phone, I was all about it.”

The results of that inauspicious beginning can now be heard on the acclaimed 2019 self-titled debut album from Black Pumas, the group that Burton and Quesada assembled. In just a couple of years’ time, Burton and Quesada turned their unplanned meeting into a Grammy-nominated act with songs that have racked up millions of streams and won overwhelming critical praise and multiple sold-out tours across North America and Europe. The album won acclaim from Rolling Stone, who praised “the tireless, charismatic energy of singer Eric Burton,” Pitchfork, who raved, “The duo’s flair for drama is so stirring, they can seem acutely cinematic,” NPR, The Fader, The Guardian, Billboard, Essence, and many more. Their anthemic single “Colors” hit #1 at AAA Radio and has been streamed over 130 million times across all platforms. Meanwhile, the official live video of “Colors” has been viewed over 57 million times on YouTube.

Quesada had a storied reputation from playing in bands like Grupo Fantasma and Brownout, accompanying artists from Prince to Daniel Johnston, and producing such acclaimed projects as 2018’s Look At My Soul: The Latin Shade Of Texas Soul. For the tracks that kicked off this project, though, he had a different direction in mind. “I was looking for somebody with their own identity,” says Quesada, “who liked Neil Young as much as Sam Cooke.”

Burton’s taste, range, and experience proved to be exactly what Quesada was seeking. “We just take to the same kind of music,” he says. “I listen to East Coast hip-hop, old soul music, folk music. We were on the same wavelength from the get-go.” KCRW would eventually describe their sound as “Wu-Tang Clan meets James Brown.”

The first day they got together in the studio, they wrote and recorded the dusty funk that would become the Black Pumas’ first two singles, “Black Moon Rising” and “Fire.” Quesada had produced the music for “Black Moon Rising” on the day of the 2017 solar eclipse, and Burton took that concept and ran with it. “Right away, the hair stood up on the back of my neck,” says Quesada. “I knew, ‘This is it — this is the guy.'”

The duo also knew that they didn’t want their sound to be too retro or imitative. “We didn’t want to just do throwback soul and pretend that hip-hop never happened,” says Quesada. “It had to feel sincere coming from us. I have a certain aesthetic in the studio, Eric has a voice that evokes a certain era, but I don’t think we reference that too directly.”

“Adrian has had the time and the interest to really dive into a specific sound, to recreate something he heard on a Motown record,” adds Burton. “And because of that specific knowledge, he provides an interesting sandbox for me, whose background is in theater, to do something super-unorthodox — to be an art student and play with all the colors I have, but to put it on something that’s more familiar to listeners’ ears.

With Black Pumas having evolved from an idea to a session and eventually an album, they decided to put a band together to see how the music sounded live. They booked a residency at Austin’s C-Boy’s Heart & Soul. “We only rehearsed twice, we had no idea what we were getting ourselves into,” says Quesada. “But with the first show, we knew it was unique, special — the chemistry and fire were there immediately. And what Eric could do as a frontman was like nothing I’d ever seen.” As word got out, the C-Boy’s shows turned into a local phenomenon (“the hottest party in town,” according to the Austin American-Statesman), with lines around the block despite the fact that the band had only released one song. That strong local support led to Black Pumas being awarded Best New Band at the 2019 Austin Music Awards.

The release of Black Pumas was followed by an incredible breakout year, crowned by the duo’s nomination for Best New Artist at the 2020 Grammys alongside the likes of Lizzo, Billie Eilish, and Lil Nas X. The band sold out multiple tours across North America and Europe, thanks to a massive fanbase now known as the Puma Pack. They have brought their incredible live performances to The Ellen Show, The Tonight Show Starring Jimmy Fallon, Jimmy Kimmel Live, CBS This Morning, PBS’s Austin City Limits, Late Night With Seth Meyers, and The Late Show With Stephen Colbert, who premiered their powerful live version of Tracy Chapman’s “Fast Car,” a song that has a particular resonance for Burton and his nomadic past.

After the release of the Deluxe Edition of “Black Pumas” in 2020, they found themselves with three additional Grammy Award Nominations for “Album of the Year,” “Record of the Year,” and “Best American Roots Performance.” In addition to winning the “Emerging Act of the Year” Award from the Americana Music Association earlier that year.

Returning to live television in 2021 the band most recently performed on The Late Late Show with James Cordon to perform their single “I’m Ready” and returned for another incredible performance on The Late Show With Stephen Colbert . The Presidential Inaugural Committee invited Black Pumas to perform at the 2021 Biden-Harris Inauguration alongside some highly notable acts including Bruce Springsteen, Lady Gaga, Katy Perry & Foo Fighters among others.

Quesada and Burton both return, over and over, to the almost mystical connection they felt from the beginning. It’s this sense of common purpose, of shared vision, that gives Black Pumas its focus and power — and that points to even more great things ahead.

“It’s so seamless, it’s like we’re musical brothers to some degree,” says Burton. “It feels so easy to meld together that what’s most important for us now is to continue to look for new sounds — to make sure we’re feeding ourselves the knowledge to continue to evolve. Every time we get together, it’s better than the last time.”