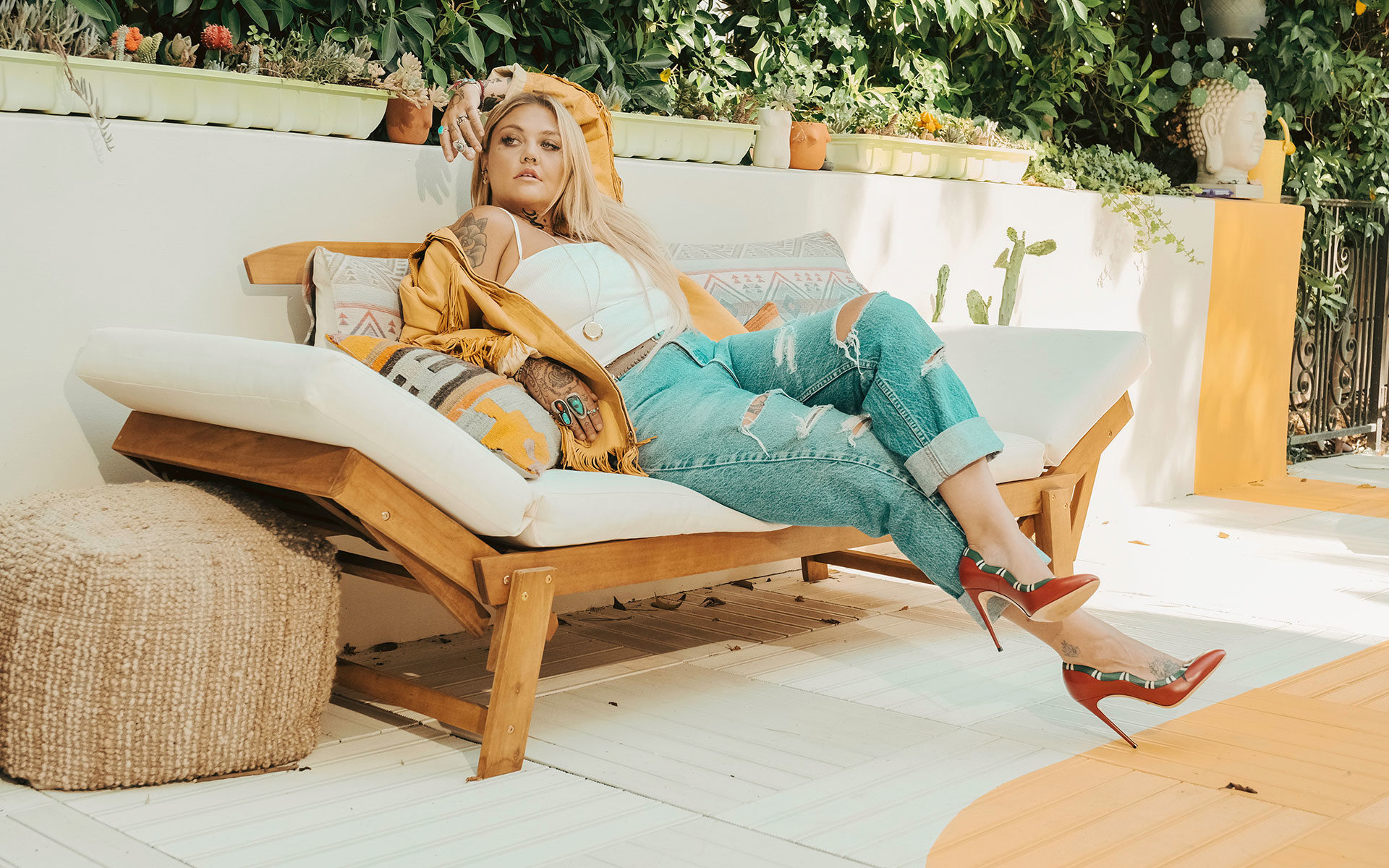 Elle King puts a gritty, bluesy spin on her blend of pop- and country-tinged retro-rock. After debuting with 2012’s The Elle King EP, she hit number one on the Billboard alternative chart with “Ex’s & Oh’s” from her Top 30 debut album, 2015’s Love Stuff. By 2020, she had released collaborations with artists spanning Ronnie Spector, Dierks Bentley, and Andy Grammer.

Elle King was born Tanner Elle Schneider in 1989 in Los Angeles, the daughter of London King and Rob Schneider (actor, comedian, and former cast member of Saturday Night Live). She grew up in Ohio, and after hearing the all-girl pop-punk band the Donnas when she was nine years old, she decided she wanted to be a singer and musician. By 13 she was playing guitar, later adding banjo to her skill set. King began street busking and gigging around New York at the age of 16, moving to Philadelphia to attend the University of Arts, where she majored in painting and film. During that time, she acted in films including 2009’s Wild Cherry. After college, she spent time in Copenhagen and Los Angeles before returning to New York to settle in Brooklyn.

BlackSigning to RCA Records, King released a four-song EP, The Elle King EP, in 2012. Her debut album, Love Stuff, followed in 2015. It included the single “Ex’s & Oh’s,” which reached the top of Billboard’s Alternative Songs chart and helped Love Stuff place as high as number 28 on the Billboard 200 in addition to number seven in Canada. In 2016, she recorded a duet with Dierks Bentley, “Different for Girls,” that appeared on his album Black. The track was released as a single and rose to number one on the Country Airplay chart. It was later nominated for a Grammy for Best Country Duo/Group Performance and won a Country Music Association trophy for Best Vocal Event of the Year.

Shake the SpiritOctober 2018 saw the arrival of Shake the Spirit, King’s second long-player. It peaked at number 68 on the U.S. album chart (and a notch higher in Canada) while landing in the Top Three of Billboard’s Americana/Folk Albums chart and the Top Ten of the rock and alternative charts. Late the following year, she released a Christmas song, “Under the Mistletoe,” with Ronnie Spector before delivering “Best of You,” a duet with Andy Grammer, in 2020. That year, she also issued the three-track EP In Isolation and appeared as a singer in the film Love, Weddings & Other Disasters.