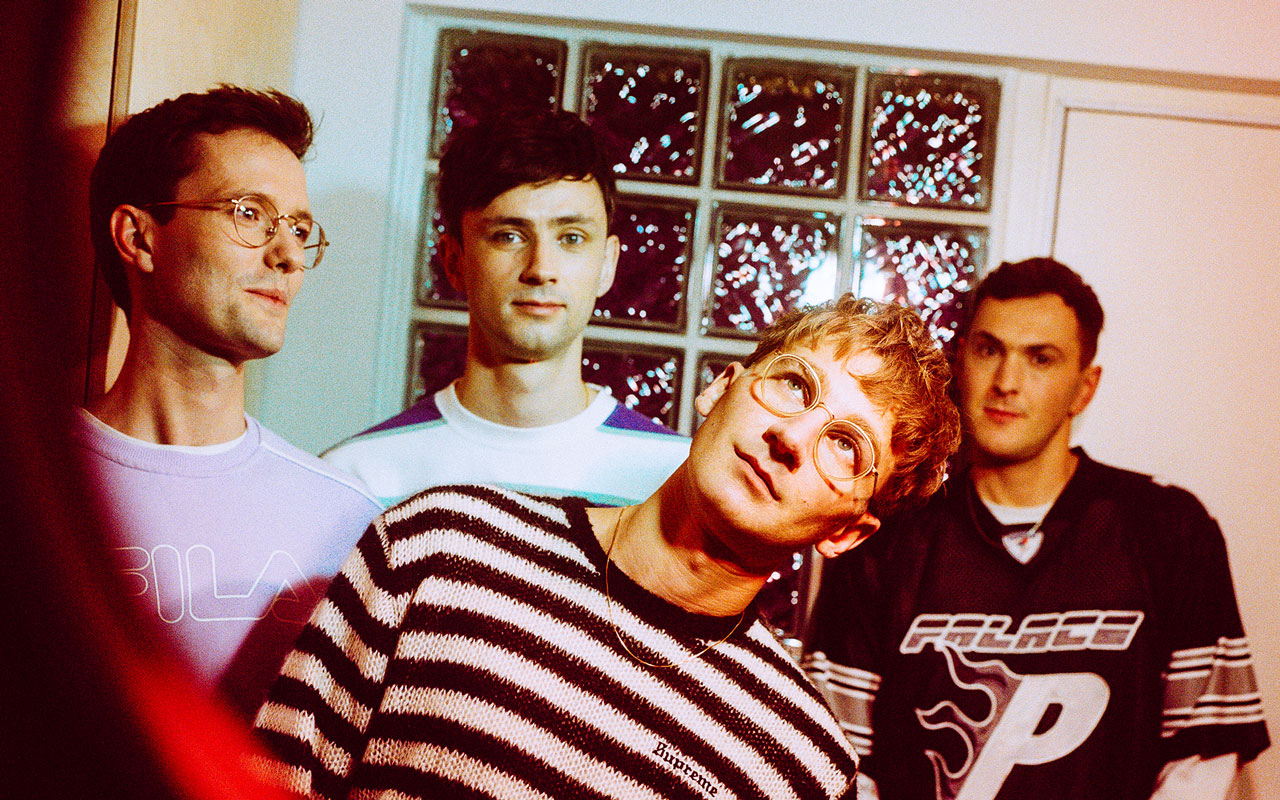 Since 2010, Glass Animals have redefined alternative pop with their experimental sounds, cinematic visuals, and narrative lyrics. The Double Platinum-Certified UK quartet—Dave Bayley [lead vocals, guitar], Drew MacFarlane [guitar, keys, backing vocals], Ed Irwin-Singer [bass, keys, backing vocals], and Joe Seaward [drums, backing vocals]—first presented their signature style on their 2014 breakout debut, ZABA. It yielded the Platinum single “Gooey” and elevated the band into the global spotlight. 2016’s How To Be A Human Being notably garnered a nomination for the prestigious Mercury Prize. However, Glass Animals lifted off to a new stratosphere with Dreamland in 2020. It marked their first Top 10 debut on the Billboard Top 200, while their global smash hit “Heat Waves” has amassed millions of streams to date, went Double Platinum in the US, gave the band their first #1 on the U.S. Alternative Radio Chart, peaked in the Top 20 at Top 40 Radio, and hit Top 20 on the Billboard Hot 100 Chart and Top 5 on the Spotify Global Chart. Skyrocketing to the forefront of popular culture, they garnered nominations in the categories of “Top Rock Song” and “Top Rock Album” at the 2021 Billboard Music Awards, Best Alternative Video & Best Visual FX (for “Tangerine)” at the MTV VMA Awards, delivered knockout performances on The Tonight Show Starring Jimmy Fallon, The Late Show with Stephen Colbert, The Late Late Show with James Corden, Good Morning America and Ellen, and lined up global headline dates for the 2021 Dreamland Tour everywhere from legendary amphitheaters such as Red Rocks to Bonnaroo, Life Is Beautiful, Outside Lands, and more. The band sold over 130,000 tickets in three days for their 2021-2022 North American tour, with the majority of the tickets selling out instantly. All the while maintaining their unique connection to their fans by creating their Open Source website where fans can create artwork based on the world of Dreamland, putting on a “Live In The Internet” concert that sold 25,000 tickets worldwide, and more. They created unique music videos during the 2020 pandemic by DIY-shooting solo in Dave Bayley’s apartment directed solely over Zoom (“Dreamland”), asking neighbors to shoot on their iPhones while Dave walked down the street (“Heat Waves”), and inviting fans to take 3D scans of their heads (“Tangerine”). Racking up billions of streams across their catalogue, they even made history as “the first UK band to capture #1 on Triple J’s Hottest 100 since 2009” with “Heat Waves” down under in Australia, leading to the longest run at #1 in 2021 on the ARIA Official Singles Chart. Ultimately, Glass Animals continue to redefine what alternative can be, while they quietly overtake the mainstream. Recently they released their new single “I Don’t Wanna Talk (I Just Wanna Dance)” which is already taking over the airwaves and has fans dancing in celebration at the return of live shows.