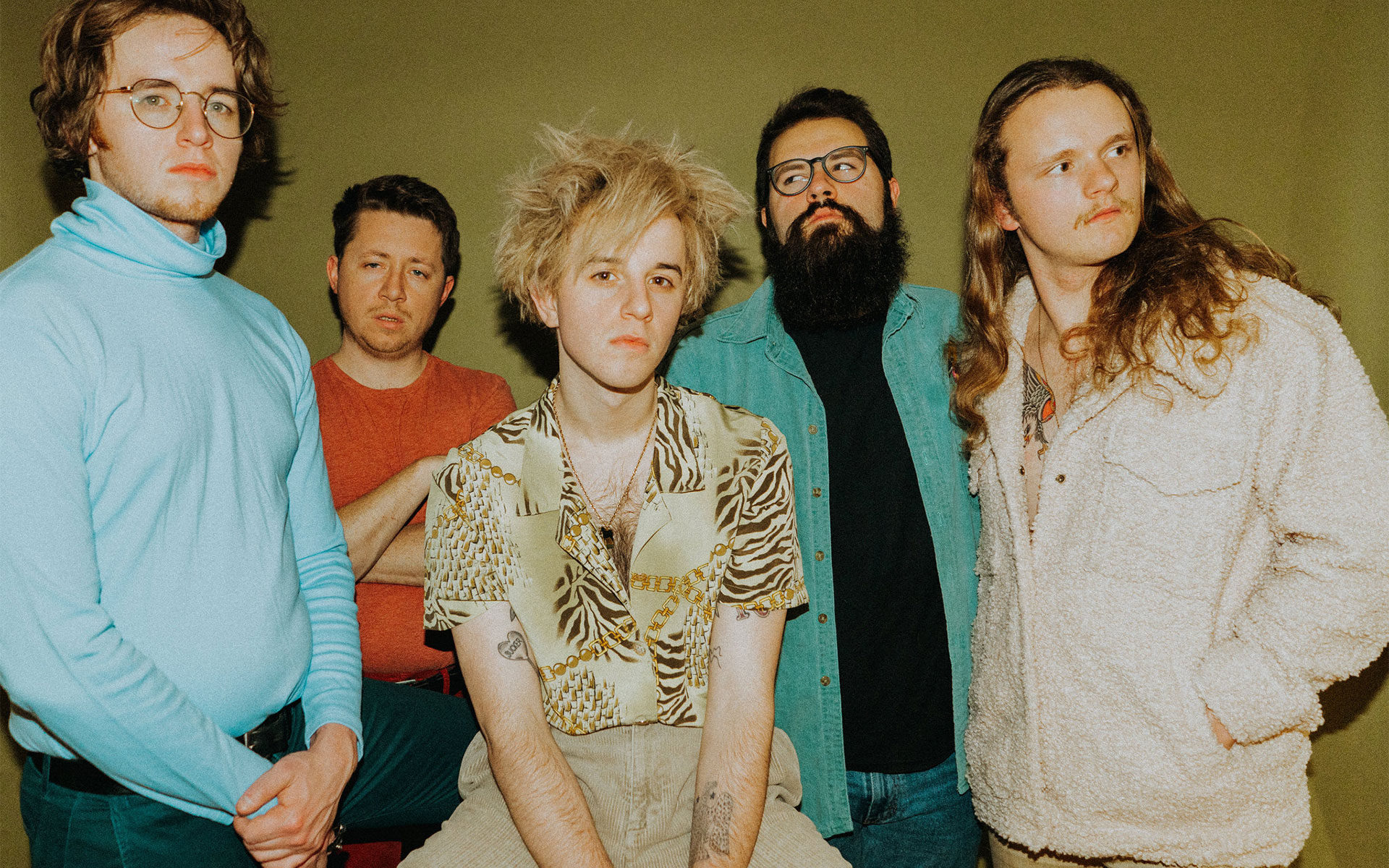 Hex Girls are a 5-piece rough and tumble rock band from Cedar Falls, Iowa. They sound like Iggy Pop meets Talking Heads — but bathed in PBR.

The band was conceived by brothers John and Nick Fisher along with Charlie “Chuck” Patterson, as a rock-roll antidote to the monotonous hum of their humble hometown, Mechanicsville, Iowa [population 900]. The trio moved to Cedar Falls and teamed up with producer and keyboardist Ross Klemz, who joined Hex Girls in 2017. Christian Ebetino joined the lineup on drums in 2020.

Their debut album, “More of That,” was released on December 31, 2018. Critics have hailed the album as a “rock menu” pulling from influences as far-flung as protopunk, psychobilly and glam, to no-wave and Motown. In the lyrics you’ll find shades of beat poetry, bird brains, and a sense of impending doom — yeah, that kind of shit. The album has been likened to The Stooges, Lou Reed, Gun Club, and Rolling Stones, with hints of Dead Boys and everything classic CBGB.

Having played some of Iowa’s most notable music festivals, including Maximum Ames Festival and back-to-back appearances at both the 2018 and 2019 80/35 Music Festival in Des Moines, Hex Girls have built a reputation as one of Iowa’s best live bands. The group hit the road in summer of 2019 for an 18-date US tour in support of ‘More of That.’

Hex Girls are currently in the studio recording new material and planning a summer tour in 2020 to support the upcoming release.