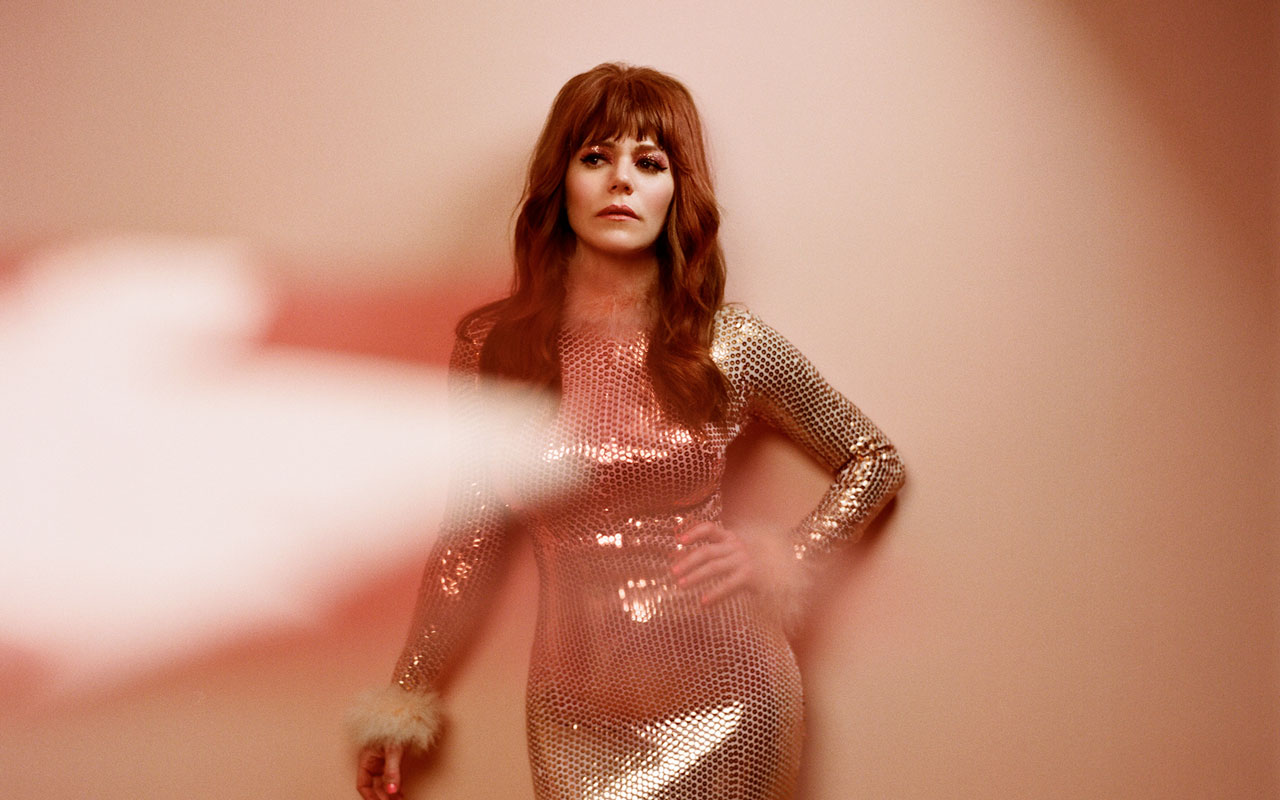 Hailed as “one of the great singer-songwriters of the last 20 years” (UPROXX), Jenny Lewis released her fourth solo album, On The Line (Warner Records), in 2019. On The Line was warmly welcomed as the latest and arguably greatest of a staggering body of work including solo albums such as 2014’s The Voyager (Warner Records), 2008’s Acid Tongue (Warner Records) and 2006’s Rabbit Fur Coat (Team Love)—as well as Lewis’s universally-loved work in Rilo Kiley, side projects Nice As Fuck and Jenny & Johnny, and her time with The Postal Service.

After a prolific acting career in notable commercial, TV and film roles—including Troop Beverly Hills, The Wizard, Foxfire and Pleasantville—Jenny Lewis founded the Los Angeles-based Rilo Kiley in 1998 with Blake Sennett, Pierre de Redder and Dave Rock. With Lewis as lead singer, the band quickly signed with Barsuk Records in 2001 and released their debut studio album Takes Offs and Landings—the first of four albums the group would release.

Shortly after Take Offs and Landings, Rilo Kiley signed with Saddle Creek Records in 2002 to release The Execution of All Things. As the band’s career reached new heights, they released two more albums including 2004’s More Adventurous (Brute/Beaute Records/Warner Records)—which featured “Portions for Foxes”—and Rilo Kiley’s final and most successful album, Under the Blacklight (Warner Records), which featured “Silver Lining.”

In between recording with Rilo Kiley, Lewis worked alongside Ben Gibbard and Jimmy Tamborello in The Postal Service, contributing to their classic one and only album, 2003’s Give Up (Sub Pop).

In 2006, Lewis took time away from Rilo Kiley to release her debut solo album Rabbit Fur Coat (Team Love) with sisters-in-arms The Watson Twins. Showcasing a markedly new side of Lewis, the release of Rabbit Fur Coat kicked off the beginning of a singular solo career, with Entertainment Weekly triumphantly proclaiming her “the Emmylou Harris of the Silverlake set.”

Following Lewis’s solo debut, Rilo Kiley put out what would be their final proper studio album, Under the Blacklight, in 2007.

In 2008, Lewis released her second solo album, Acid Tongue, on Warner Records. Cementing her status as a rock icon, reviews were quick to praise the eclectic album as “immediately pleasurable… brimming over with hooks and songwriting techniques that announce themselves with openness and surety” (PITCHFORK) and “a confident amalgam of tracks that sparkle, stew, and storm” (AV CLUB).

After a slew of high-profile collaborations and side projects (Nice As Fuck, Jenny & Johnny, The Postal Service) Lewis released 2014’s The Voyager (Warner Records), which NPR likened to “California sunshine glinting off the Pacific Ocean, steeped in the West Coast pop sounds of the 1970s” and PITCHFORK proclaimed as one of their 200 Best Albums of the 2010s: “armed with a perfect rainbow Nudie suit, Lewis asserted herself as a mature, somewhat wistful rock veteran, and took her rightful place as a bona fide solo star.”

On March 22, 2019, Jenny Lewis released her fourth and most acclaimed solo album to date, On The Line (Warner Records). Recorded at the distinguished Capitol Studios, the album features a who’s who of supporting players including Beck, Don Was, Benmont Tench, Jim Keltner, Ringo Starr, Beck sidemen Jason Falkner and Smokey Hormel among others. In addition to earning a #1 debut on the U.S. Alternative, Vinyl and Internet Album charts, On The Line garnered high critical praise—with Vulture calling it her “best work to date…a triumph of patient refinement” and USA Today declaring, “Any conversation of the best singer-songwriters of the past 20 years is incomplete without Jenny Lewis’ name…master-level storytelling…always leaves, arm-in-arm with the listener, with her head held high.”—as well as top spots on Best Albums of 2019  and Best Albums of the Decade lists:

“Jenny Lewis is in a league entirely of her own…It’s her boldest album to date, not only because she recruited a who-who’s of players—including Beck, Ringo, Don Was, and more—to help her craft a lush background of vintage rock, country, and soul, but also because she knows how to write directly to the chest. Lewis reveals the human nature at the core of her characters”—PITCHFORK (Best Rock Albums of 2019)

“the sound of an artist both coming home and hitting her 21st century singer/songwriter peak…The music nods to vintage Laurel Canyon soul but shows her own roots…all wry sincerity and stoner punchlines.”—ROLLING STONE (100 Best Albums of the Decade)

After a globe-spanning 2019 tour that saw her headline the likes of The Ryman and Brooklyn’s Kings Theatre, a very special stop at NPR Music’s Tiny Desk, and a surprise 2020 collaboration with Chicago-based rapper Serengeti, Jenny Lewis will hit the road again in 2021 as a special guest of Harry Styles.