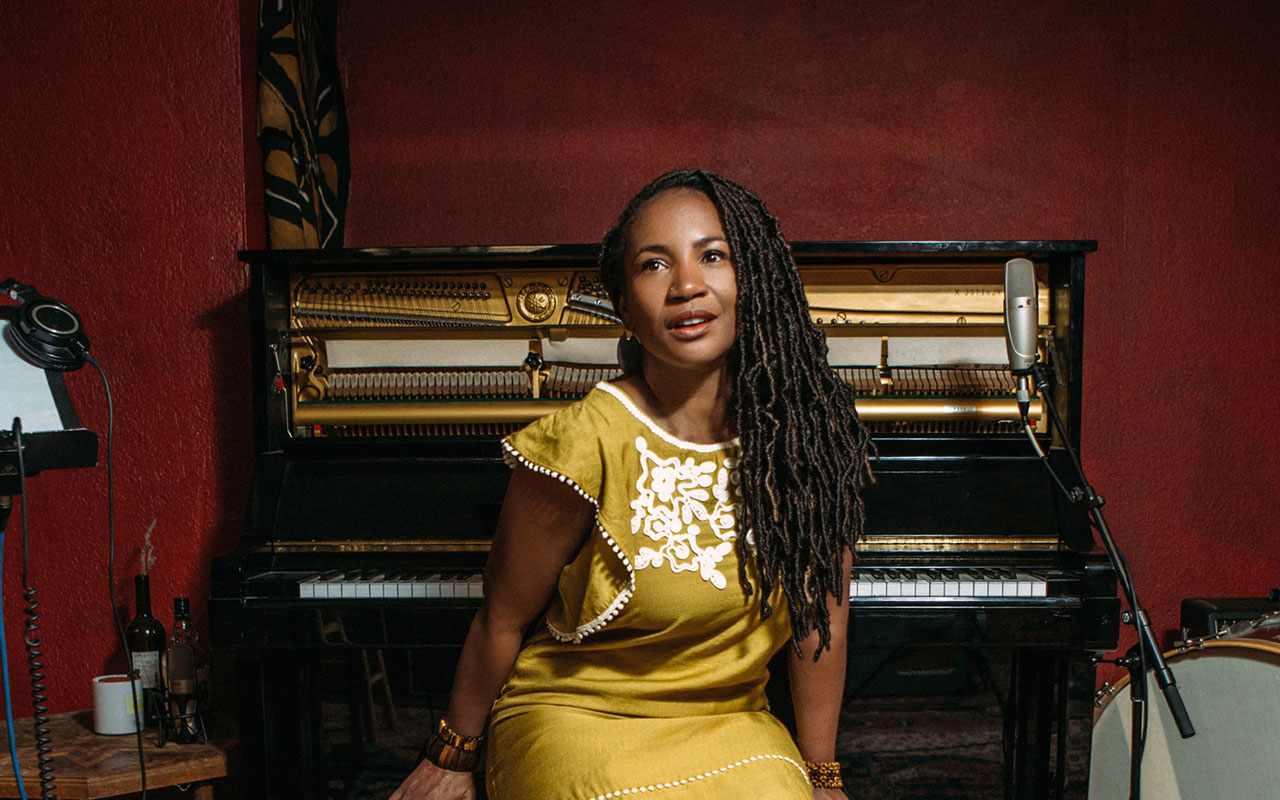 Hile Miko Marks is no newcomer, our country (via Redtone records), is her first album in 13 years so her name may be fresh to the uninformed. In 2003, Marks made her way to music city – Nashville, TN – playing CMA fest year after year and fully immersing herself in the country music community. While Marks received well-deserved accolades – “Nashville’s hottest new country star” by people magazine and “best new country artist” by new music weekly – her efforts to be fully embraced by the industry in return proved to be elusive. While her crowd of supporters grew year after year, so did efforts from the industry to diminish her success. “In trying to pursue the gates of Nashville, I discovered that there were high fences made of stone,” Marks said of her experience in the early 2000s. She recalls “rules” for being able to play the largest CMA fest showcases, those of which contained criteria nearly impossible to achieve for independent artists like herself. This experience ultimately led her to pick up her life and move to California to start anew, never giving up on the dream she was devoted to.

Miko Marks proves to be a bonafide maverick that has blazed an unprecedented trail in the music industry. After a long overdue hiatus from music, Marks is eager to spread not only her music, but a message of unity and outspokenness for black musicians in country music and beyond. She has done much more than just make a splash and now she is ready to make waves. Marks works towards an ever evolving dream of creating art that is not stereotyped or pigeonholed by a specific genre and is created with no borders or boundaries.