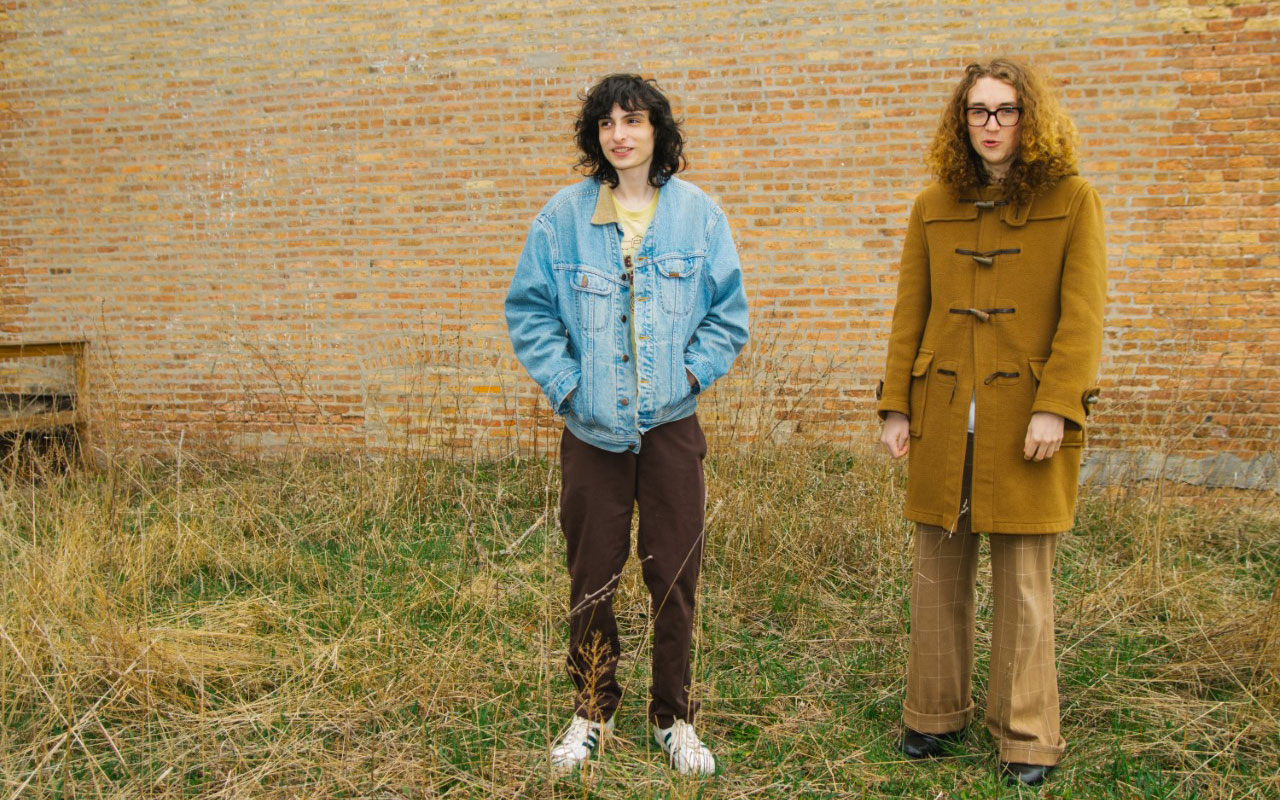 “This is a coming of age record,” says The Aubreys’ Finn Wolfhard. “It’s the sound of us growing up.”

Indeed, there’s something preternaturally mature about The Aubreys’ extraordinary full-length debut, Karaoke Alone. Recorded with engineer Andrew Humphrey and Twin Peaks’ Cadien Lake James and Colin Croom, the collection is deeply reflective, reckoning with growth and change, perception and identity, love and loneliness, all in the face of an unpredictable world that only seems to grow more bewildering by the day. The songs are dreamy and immersive here, balancing psych-rock and singer/songwriter sensibilities with intentionally raw, lo-fi production, and the band’s performances are transfixing to match, delivered with a subtlety and nuance that belies Wolfhard and bandmate Malcolm Craig’s young age. The duo may not be old enough to drink yet, but they’ve managed to craft something utterly intoxicating with Karaoke Alone, a remarkable debut that hints at everything from The Flaming Lips and LCD Soundsystem to The Pixies and Tame Impala as it explores the liminal space between youth and adulthood with keen insight and unflinching honesty.

“The pandemic has obviously been a really difficult time for everybody,” says
Wolfhard, who’s perhaps most recognizable from his role as Mike Wheeler on Netflix’s Stranger Things, “but the pause it created was also really important for a lot of people, I think. I’d been acting so much for so long and Malcolm had been so focused on his studies that we’d never really had the time to check in with ourselves and figure out who we were and what we wanted. That’s what a lot of these songs are about.”

Vancouver natives, Wolfhard and Craig first met on the set of the music video for PUP’s “Guilt Trip,” where the pair portrayed younger versions of the acclaimed Canadian punk band. Though they were both just eleven or twelve at the time, the two bonded immediately over their love of music—Wolfhard played bass and guitar, Craig, drums—and became fast friends. Their first group, Calpurnia, enjoyed considerable success right out of the gate, landing a record deal, topping the Spotify Viral 50 chart, and earning festival slots from Governor’s Ball to Lollapalooza, but it all proved to be too much too soon, and the band parted ways in 2019.

“After Calpurnia dissolved, Malcolm and I wanted to get back to our roots, just making music in the basement for the fun of it,” says Wolfhard. “We needed to reconnect with the joy and the freedom that had drawn us to playing together in the first place.”

Growth and loss, as Wolfhard and Craig well know, are inextricably linked. The old makes way for the new, endings make way for beginnings. The Aubreys may be young, but they’re wise beyond their years.