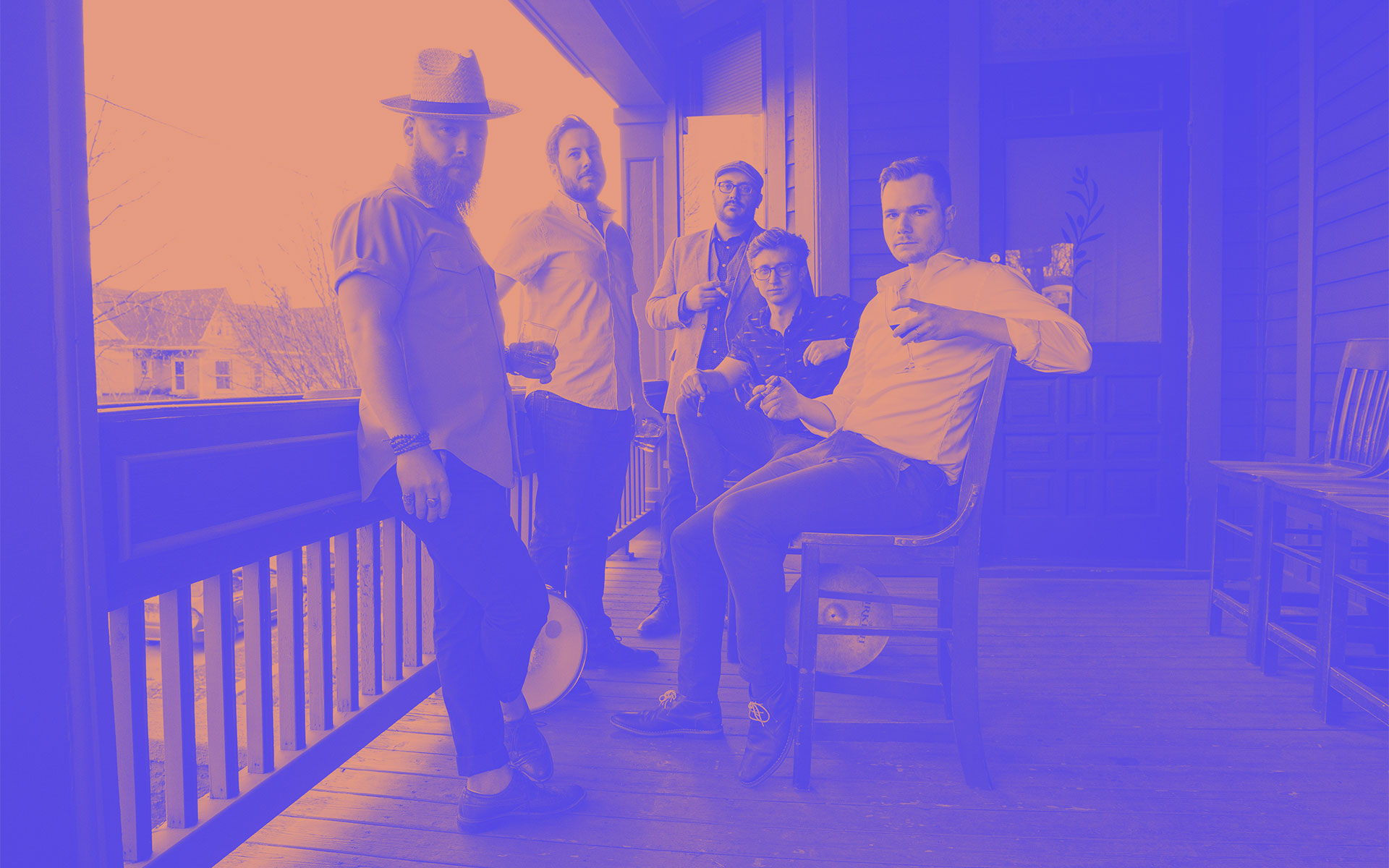 The Maytags’ modern take on classic soul is the sum of its six members and the dozen well-trained ears that come with them. They operate out of Des Moines, IA, but the individual segments of The Maytags have roots from New York to St. Louis. This fully manifests itself on the band’s newest release, the 2019 LP, Meriweather — where the manic bustle of the big city thrums in bandleader Dustin Smith’s croon, but the sentiments are as isolated and picturesque as a Midwestern expanse.

The heart of Meriweather is assembled from a million pieces — starting with an idea of what a million pieces look like before they become a cohesive unit beating in rhythm. Separately, they’re nothing but broken vignettes of soul and funk and jazz, gone neither right nor wrong. Together, the way we hear them, they’re the possibility of love. Is anything better?

The Maytags’ instrumentation binds to a vital, reverend-styled plea for life that’s not too unlike a cigarette getting tossed into a 3:00 AM cup of coffee. You know, right before all the good things happen. Or as VICE simply put it, “sheer vibrancy (with) warmth lining every note.”

Meriweather — an English surname for sure, a pun on “merry weather” for maybe … something you can’t describe but you can feel at least for a little while — will be released independently by the band June 28, 2019. Jon Locker and bandleader Dustin Smith co-produced the album, splitting their time over two years recording with the group between The Sonic Factory in Des Moines and the Future Condo Studios in Minneapolis, MN.

The Maytags spent a week in a cabin outside Panora, IA, putting the bones in place for the songs on Meriweather. It shows. The quiet sounds you only hear at night creep in subtly in each track: the dark reverberating parts in the back, the light-up apparitions from some late ‘70s fever dream in the front.

If you’re smart, you’ll hear it in your town. If you’re lucky, you’ll build your own heart with a million pieces and hear The Maytags at their core.

In addition to Meriweather, The Maytags released a three-song collection in 2017 with The Secret Stash Sessions, the band’s debut full-length LP Love Lines in 2016 and the 2014 EP, Nova. Catch them on tour this spring and summer.