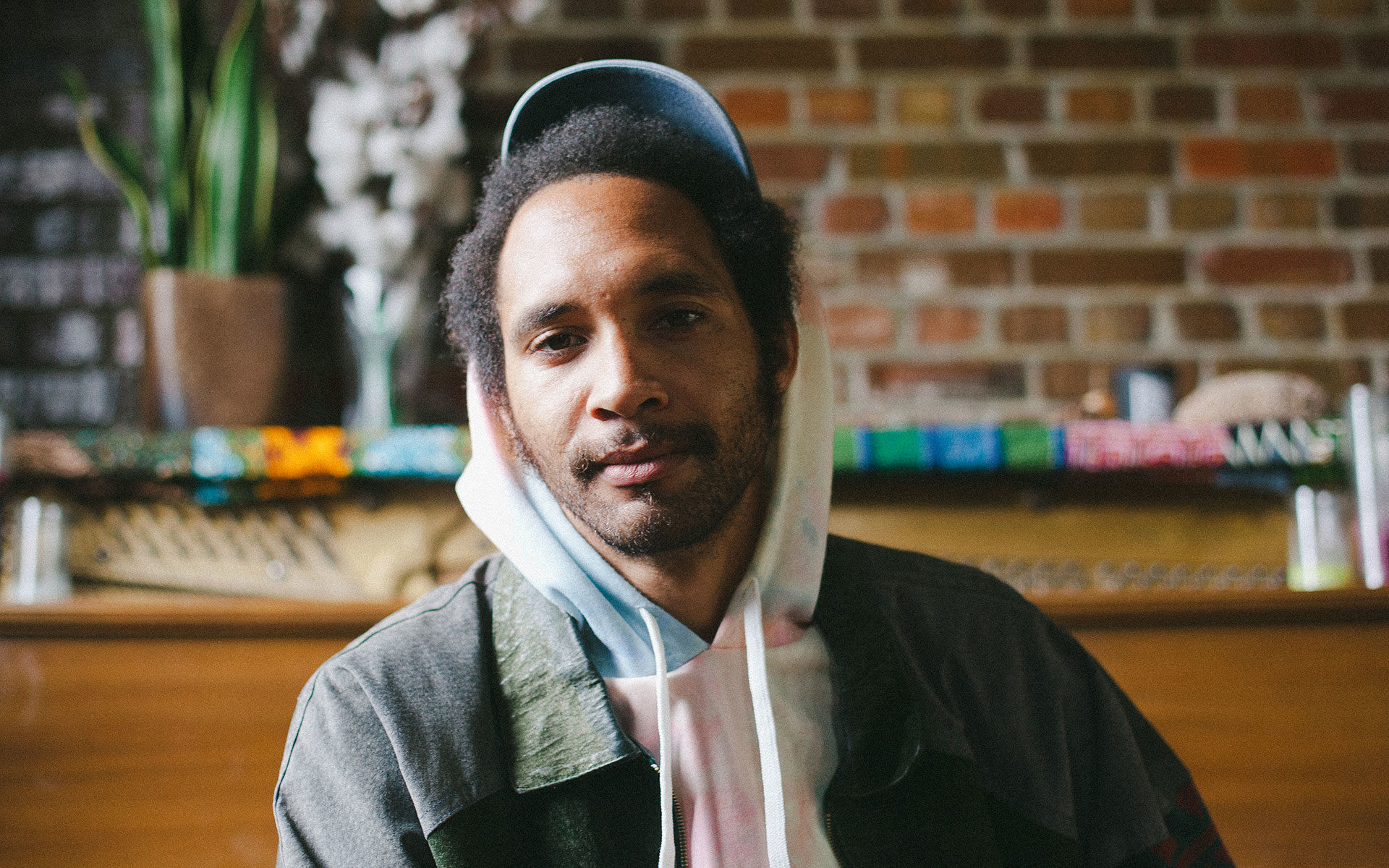 Sacramento songwriter Tré Burt’s sophomore album, You, Yeah, You, is a narrated collection of songs featuring a cast of invented characters; heroes, villains, those destitute of salvation and those seeking it. The plots merge for an ultimate reckoning with the archetypal mother of these songs on the final track, “Tell Mary”, “say what you want, it’s alright child /  little’s left behind / beating the drum at the wrong time / look at what you’ve done.” Like a bruised fighter, Burt goes 12 rounds in the ring against a shapeshifting and seemingly otherworldly opponent. The album represents a summoning of will to fight the unknown rather than surrender to fear and fatigue. Like his late label mate and songwriting hero John Prine, Burt showcases his poet’s eye for detail, surgeon’s sense of narrative precision and his songwriters’ ability to transpose observation into affecting verse. You, Yeah, You is a cohesive body of work that illustrates the ever expanding space in which Tré Burt’s voice belongs.

From his humble roots working menial day jobs; as a maintenance technician, servicing airplanes at SFO International, taping boxes as a UPS worker, Burt has been, and always will be, a working class musician. His clear-eyed vision of America, it’s deep faults and the beauty of the humanity that resides within its borders, comes through with compassion and tenacity.

Tré wrote his protest anthem, “Under The Devil’s Knee”, in 2020 which features Allison Russell, Sunny War and Leyla McCalla, in response to the murders of George Floyd, Breonna Taylor, Eric Garner and the unmitigated police violence across the country. His work caught the attention of scholars and activists, namely Dr. George Yancy, Dr. Cornel West and Dr. Khalil Muhammad, and garnered an invitation to speak on a panel with the latter two at Harvard’s Kennedy School through Dr. Muhammad’s Institutional Antiracism and Accountability Project.

Burt finds the exported packaging of Black culture en masse tiresome, claustrophobic and boring, especially when applied to art and expression. Like literary writers Baldwin and Angelou, Burt acknowledges the limitless expanse of Black narrative. He is committed to the rich continuum of the tradition of Black expression claiming the space of artistic weirdness, often reserved for non-Black artists.

Tré Burt teamed up with Brad Cook (Bon Iver, Waxahatchee, Nathaniel Rateliff) to produce and collaborate on his sophomore album. Brad’s brother Phil Cook (Megafaun, The Guitar Heels), label-mate Kelsey Waldon and Sylvan Esso’s Amelia Meath all appear throughout the 12 songs on You, Yeah You.

On the first single, “Sweet Misery”, the album title acts as an appeal and a call to action; “You, Yeah You / who else am I talking to”. Burt speaks both to himself and the listener,  conjuring a fighter’s scrappy disposition. The protagonist fights his shapeshifting opponent in the form of Misery, a foe whose shadow has cast darker and harder to ignore in the past year. “There is something kinda beautiful about people who are experiencing tragedy in chorus” Burt says. In this collective tragedy he recognizes the bedrock to build something new, a deepened understanding of oneself in relation to community and a well of compassion. “Sweet Misery you can follow me down to the end of my path but you still gotta go through me” Burt sings, reminding us that we too are the fighters who can hold our own in the ring against Misery.

On the album’s second single “By The Jasmine”; Burt presents a portrait of a young man taking a moonlit walk through downtown Sacramento. Tré interpolates his own experience of depression through the reckoning of Danté’s complex emotional universe. Danté, a young man afflicted by the realities of his own existence, in a country that seeks to destroy him. “This song is anecdotal following an incident where I was surrounded by police officers called by a white woman while minding my own business, in my own neighborhood” says Burt. Danté awakes from the freedom of his own dreams into the horrifying nightmarish reality of a sickly America. “He coulda used a little more time in his dreams”, Burt sings at the beginning and ending of “By The Jasmine”, expressing the desire for respite from the omnipresent threat colonizing his daily life. “It’s a tale in America that goes back far beyond the days of Emmit Till”.

Burt brought label-mate Kelsey Waldon to sing on “Dixie Red, his ode to the late John Prine, whose influence runs deep throughout their songwriting. The song is a treasure trove of imagery from Prine’s storied catalogue. Speaking to the allegory, Burt says that “‘Dixie Red’ is a southern grown peach and that line from Spanish Pipedream has always been so potent to me. So I used a peach as imagery to represent John’s body of work he left behind for all of us.”. Burt wrote the song after Prine’s death this past year, including the lines “Boundless in the evergreen waters / Gently down the stream / Green River knows you as its father” a nod to Prine’s “Paradise” and his final resting place in the Green River in Kentucky’s Muhlenberg County. It’s a fittingly reverential ode to the immensity of Prine’s songwriting and legacy.

“Carnival Mirror” is a song for disaffected youth weary from the tired ideals of the American dream, “For cryin out loud, I just want out / no I can’t take it anymore / this carnival mirror got everybody feelin’ sick / there’s no winners, there’s no losers / just life and its abuser / leave no trace and give no reason why / cruel by design”  Despite the inherent violence of a plutocratic system that empowers the privileged and sedates the rest of us, Burt offers a hopeful alternative, “You know I’d rather live off the goodwill of strangers / and let my hair grow wild and wide / than have the shadow of money crossing over me / wherever I go I feel it under my eyes”

Burt traveled to Durham, North Carolina, to record You, Yeah, You in a single week between Sounds Pure Studios and Brad Cook’s home studio Puff City. Burt and Cook assembled a cast of heavy hitting players including Brad himself on bass and synths, Phil Cook on keys and harmonica, Alex Farrar on guitar, Matt McCaughan on drums, percussions, modular synth and Sylvan Esso’s Amelia Meath (I Can Not Care, Ransom Blues, Tell Mary) and Kelsey Waldon  (Dixie Red) on backing vocals.On You, Yeah, You, Burt demonstrates his innate ability to process exceedingly personal experiences and transpose them into songs whose ubiquitous stories resonate clearly.